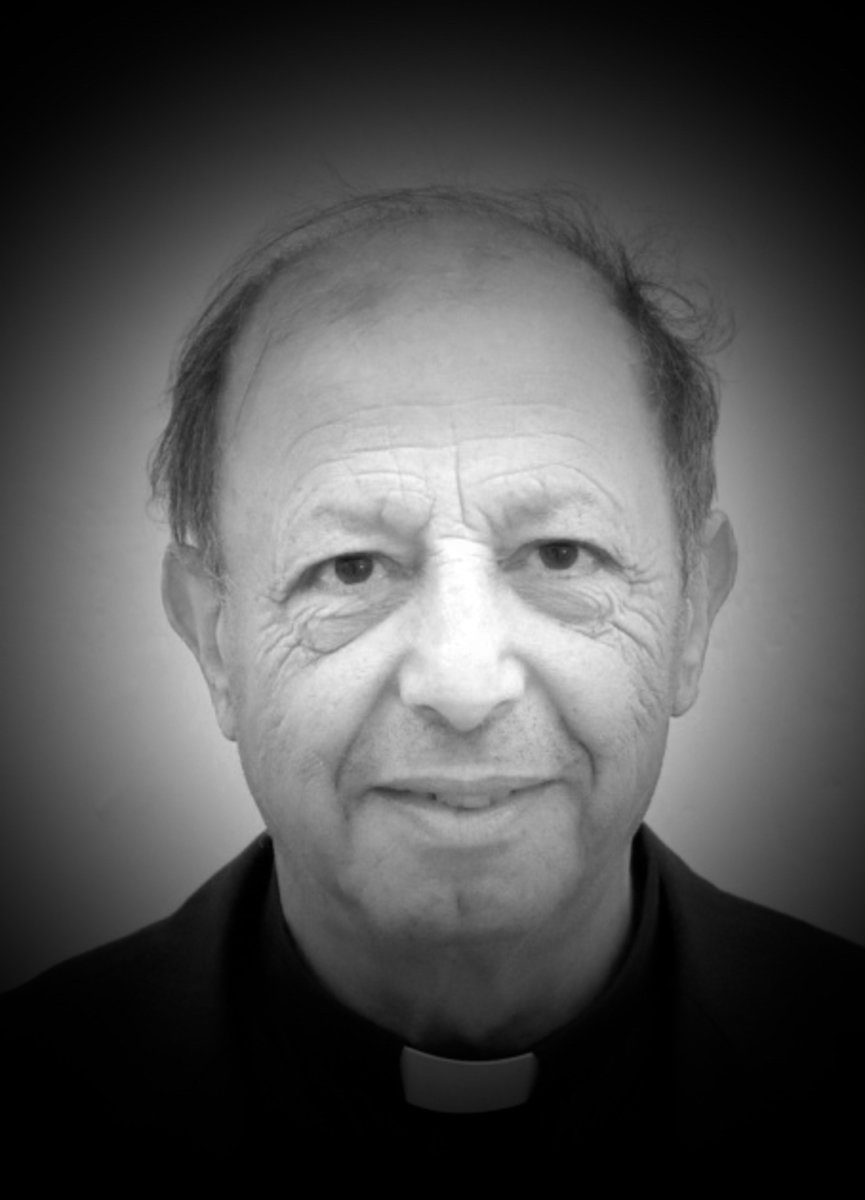 + Father Peter Madros. In Memoriam of Our Companion on the Route of the Word of God.

The Biblical Federation in the Middle East is deeply saddened by the passing from this earthly existence of one of its members, Fr. Peter Madros; he has now entered the heavenly glory at the age of 71, after a life totally devoted to pastoral and academic work in the service of the Word.

This Word was the point at which our journeys crossed each other. It allowed us to meet for the first time in Rome in the 1980’s, at which time he had just presented his doctoral thesis in biblical theology at the Urbaniana. For hours on end, we discussed his thesis, which he was to defend in the presence of Cardinal Ratzinger, the future Pope Benedict. Fr. Madros returned home, to the Holy Land, with his doctor’s degree as did I to Lebanon, a little later, at the time when the Biblical Federation was founded with Msgr Antonios Naguib in 1989.

Fr. Peter became rapidly a very well-known person in the Latin Patriarchate of Jerusalem. He represented his Church in numerous local, regional and international conferences.

Who is this great specialist of Holy Scripture?

Fr. Madros was born in Jerusalem in 1949. He was ordained to the priesthood in 1972. In 1973 he translated the Book of the Psalms into Arabic. Since then, his translation has been authorized for use in the Mass and in the liturgy of the hours.

In 1981 he became professor of Holy Scripture and of Islamic studies in the Latin seminary in the Holy Land. Later he gave courses on the Bible, on Islam and on Church history in various institutes.

In 2003 he was place in charge of the Biblical pastoral ministry: The Bible in the Diocese.

He was well known for his mastery of many languages: 16 in total, including both ancient and modern languages.

Fr. Madros was the author of numerous books and articles on the Bible and on other subjects of actuality, in particular his weekly contributions to the journal Al-Quds and the web site Abouna, since its very beginning. Among his best-known books: The Arabic translation of the Book of the Psalms, edited and revised six times.

Here is a selection of his books (English equivalents of original Arabic titles):

a) published by the Pauline Press in Jounieh, Lebanon:

The Answer Comes from the Book

Holy Scripture between Science and Faith

Christianity between Faith and Reason

The Bible between the Arts and the Sciences

Our Lady, the Virgin Mary, in the Bible

The Inspiration of the Bible

The Truth of Christ and the Credibility of the Gospel

The Pure Right of Response to Tourists

b) published by the Dar Al-Mashrea Editions in Lebanon:

The Kingdom and the Justice of God

To these titles we must add Fr. Madros’ contributions to the congresses of the Biblical Federation in the Middle East, conferences published in the collection Études bibliques.

Finally, it would be possible to write pages and even chapters on this scholar whom the Word of God has inflamed with fervour for the Church, for erudition, for justice and humanity for his fellow human beings.