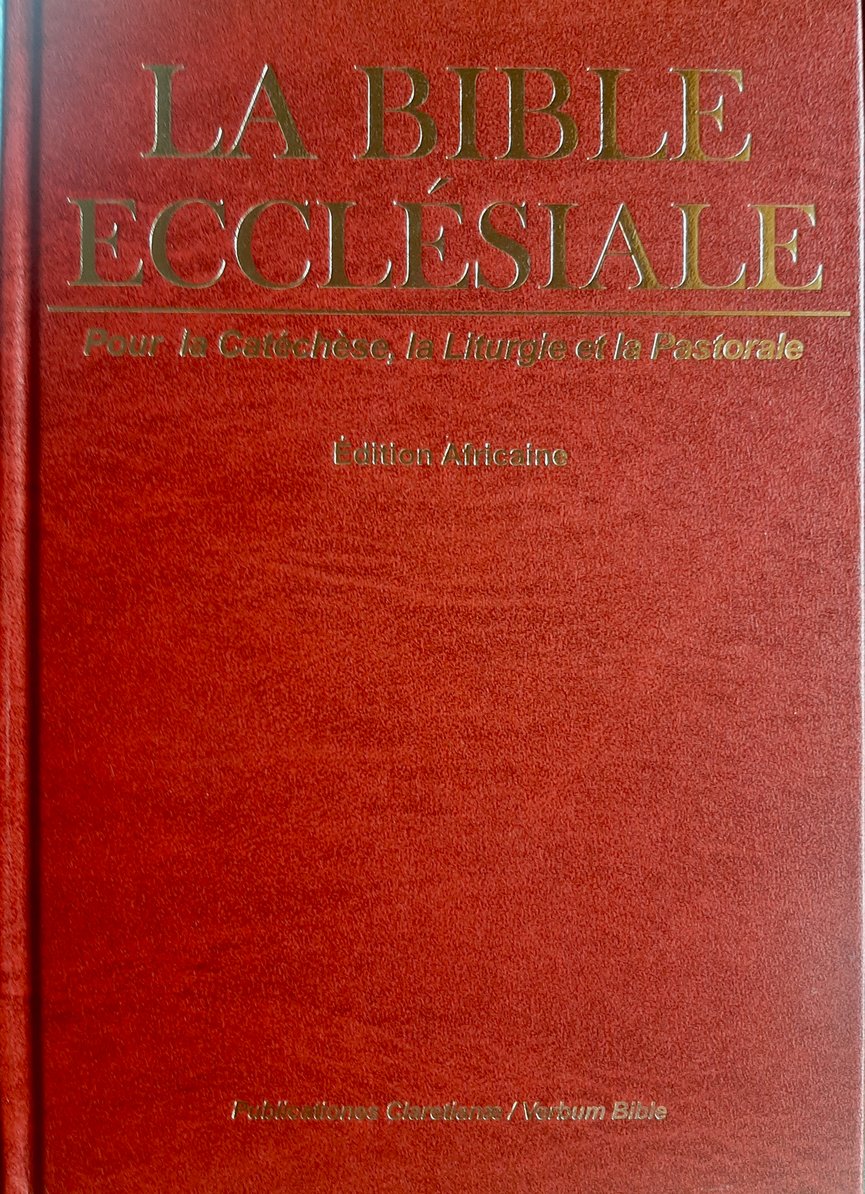 La Bible Ecclésiale is the African edition of the Bible Official Liturgical Translation (BTOL). The Episcopal Liturgical Association for French-speaking countries (AELF) has given permission to the publishing houses Publicationes Claretianae and Verbum Bible to publish this work for our continent, the islands and the Caribbean, through the intermediary of the Biblical Centre for Africa and Madagascar (BICAM). Thus, it has the merit of being approved by all French-speaking countries. This is an achievement in the perspective of the unity of the churches in the Church. We thank Cardinal Luis Antonio Tagle, President of the Catholic Biblical Federation (CBF), the current Prefect of the Congregation for the Evangelisation of Peoples for his foreword.

The word Church comes from the Greek ekklêsia, which means a gathering or convocation. La Bible Ecclésiale is intended for the proclamation of the Word of God before the assembly. It is then the version of the Holy Scripture indicated especially for liturgy, catechesis and pastoral work. Public reading required the use of carefully chosen words, easy to pronounce aloud and to understand, taking into account original texts. This required a great deal of work and time. The origins of the translation for the liturgy go back to 1974, approved by the French-speaking episcopates and confirmed by the Holy See the following year. In 2001, about 70 specialists formed teams for the complete translation of the Bible. Father Jacques RIDEAU of the French-speaking Episcopal Commission for Liturgical Translations (CEFTL), traces its evolution until the confirmation of the BTOL by the Congregation for Divine Worship and the Discipline of the Sacraments in 2013. His conclusion underlines the value of this work thanks to the contribution of Church institutions, experts and officials:

The twists and turns of this long history reveal the seriousness with which the Church wishes to serve the faithful with the treasures of Sacred Scripture in its liturgy, by means of a translation which, while being suited to public proclamation, is accurate and faithful to the canonical text of Scripture. The multiplicity of those who intervened in the diversity of their own authority (exegetes and liturgists, bishops of the conferences, Roman Congregation), makes this translation an eminently ecclesial work. ( Quoted in Découvrir la Bible dans sa traduction officielle liturgique, Mame Desclée, 2013).

In 2015, BICAM mobilised a delegation of 20 participants: biblical scholars, liturgists, editors, among them bishops, priests and lay people to meet in Paris with representatives of CEFTL and AELF with the aim of elaborating the African edition of the BTOL. Motivated by the urgency of making it available to our Christians as soon as possible, it was decided to publish the text as such while waiting for an edition commented on by African biblical scholars. Despite the costs of production and transport, the publishers will do everything to present the Ecclesial Bible at an affordable price. The quality of the material is excellent, with a composition that suits our situation, thanks to Editorial Verbo Divino. 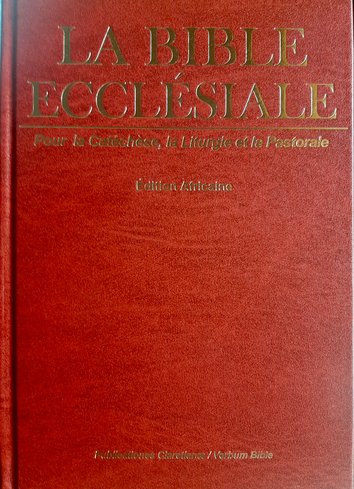 For Catechesis, Liturgy and Pastoral Ministry 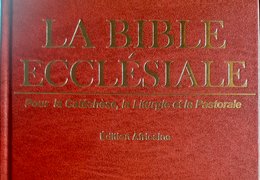 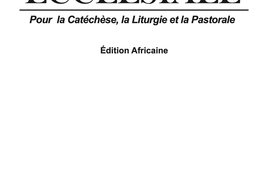 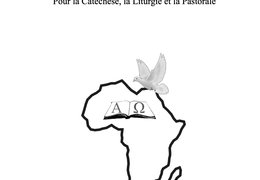 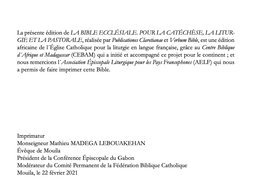 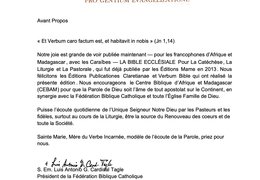