E-biblical Ministry during Covid-19 in Lebanon 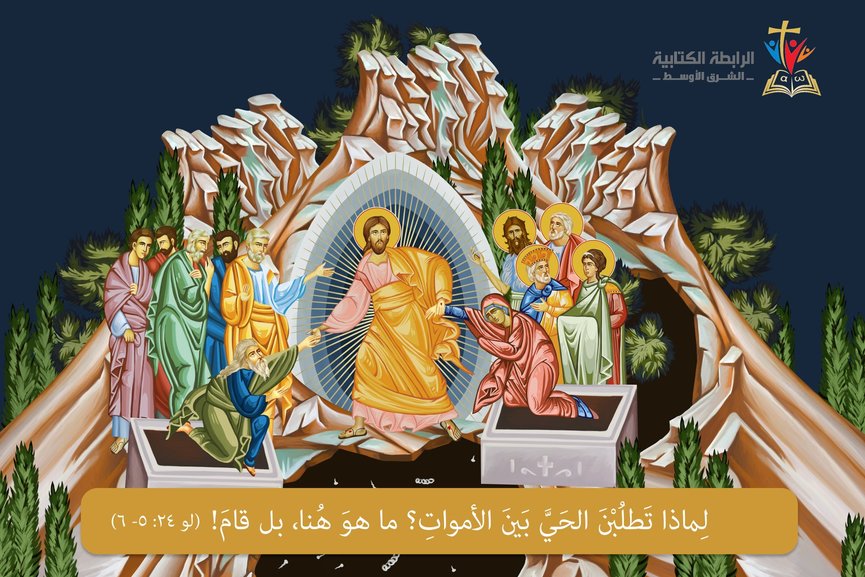 E-biblical Ministry during Covid-19 in Lebanon

Economy: Lebanon was facing for the last couple of year an unprecedented economic crisis that caused high rate of unemployment, cut on salaries, almost more than half of the Lebanese population live below poverty line. This comes in concomitance with national political tension and regional instability and conflicts. This situation generated a popular movement, manifestations against the government during the last fall, until the outbreak of Covid-19.

Covid-19 Pandemic: Lebanon start taking confinement measures at early stages, which helped maintaining the situation more or less under control. Since early stages, beginning March, schools and universities were closed, and the whole country was under lockdown. Churches were also closed, liturgies and all pastoral activities and ministry suspended, especially during Lent season and Holy Week and Easter.

At a previous stage, before suspending Liturgy, different Local Synod of Bishops have recommended that, for personal distancing reasons, Holy Communion be received in hands, thing that is not customary in the Eastern Liturgies. This decision has led several traditionalist groups to a quasi-uprising against the ecclesiastic authority. These groups have been active in Lebanon since decades, they tend to show ultra-traditionalist tendencies, an ad-litteral reading of the Holy Scripture, and have always shown animosity toward to Biblical Federation in Lebanon. The Covid-19 situation was their perfect ground to attack what they see “liberal decisions of the hierarchy” (extraordinary social distancing in liturgies) and start spreading apocalyptic and millennial reading of the pandemic situation. They are very active on social media, and their pages were always preaching the wrath of God, punishment, judgment day approaching, and the end of times. Such phenomenon, and the need of the community who was unable to attend churches during confinement, urged the members of the Biblical Association in Lebanon (member of the Biblical Federation- Middle East), to take action, and be active online in order to reach virtually the larger community.

After an assessment meeting, it was agreed that each member will prepare one or more videos, some members are preparing series, in order to cater for the spiritual need of the community.

The initiative was launched during the Holy Week and continued till after Easter. The main theme was “Figures from the Bible”, short videos (4-7 minutes each) about key persons in the Old or New Testament that had a role in the Crucifixion- Resurrection narrative: Jonah, Job, Marie Mother of Jesus, Peter, Pilate, the women on the tomb, Barabbas, Judas, John...

Sister Bacima El khoury started a series of short contemplations “A though from the Holy Scripture”, while Sister Yara Matta started another series called “Choose life”, Biblical meditations for the whole year, and another one called “with Mary” mainly for the month of May. Another series, more of bible study, is being lunched by Dr. Nicolas Abou Mrad, about the “Book of Revelation”, in order to answer the questions raised by our parishioners perplexed with the literal and out-of-context reading of the traditionalist groups.

Several other members are also taking actions, mainly the group “Kalimat Hayat” (Word of Life), also member of the CBF-Middle East, with videos and series of biblical ministry. They asked also some members of the Biblical Association in Lebanon to help them in this ministry.

We are humbly thankful to the Lord and happy to say that the interaction with our social media platforms pages is encouraging, we can see that the videos are being shared from various regions of the Middle East, mainly Lebanon, Syria, Egypt, Iraq and Holy Land, but also from Arabic speakers living in Europe, Australia and North America.

Now with the covid-19 measures reaching their ends, we are hopeful that we will be able to get back in contact with our people, to serve the Word of God face to face, in community, but without neglecting this very useful mean of communication, internet and social media. We hope to meet soon, in order to assess our experience, and learn how to optimize it for the greater Glory of the Word of God. 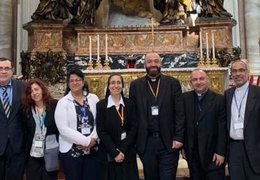 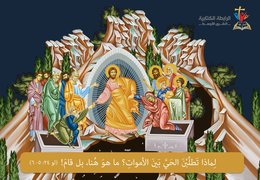 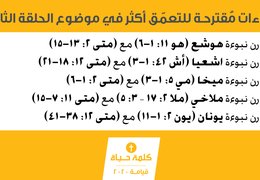