New directors of the Biblical Departments of the CBF Full Members in India appointed.

New directors of the Biblical Departments of the CBF Full Members in India appointed.

Since beginnings of January the new Director of the National Biblical Catechetical and Liturgical Centre in Bengalore is Rev. Dr. Antony John Baptist. Since February 2020 the New Chairman of NBCLC is Most Rev. Mar Pauly Kannookadan, Bishop of Irinjalakuda, Kerala.

Some days ago, on February 18, Fr. Yesu Karunanidhi from the Archdiocese of Madurai, Tamilnadu was appointed as the Executive Secretary to the CCBI Commission for Bible. Currently he is the professor of Scripture at St. Paul’s Major Seminary, Tiruchirappalli. He holds Licentiate in Sacred Scripture from Pontifical Biblical Institute in Rome and Doctorate in Biblical Theology from Jnana Deepa Vidyapeetham, Pune. 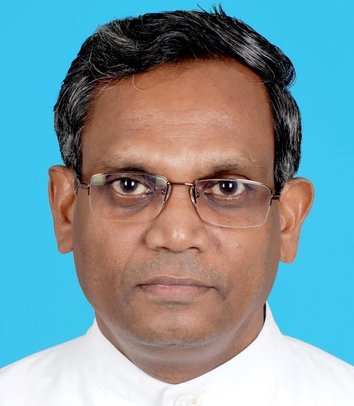 Rev. Dr. Antony John Baptist was born on 15th April, 1965 and was ordained on 17th May, 1993. He holds Licentiate in Sacred Scripture from Pontifical Biblical Institute, Rome and Doctorate in Bible from the Department of Christian Studies, University of Madras. He also has M. Ed and M. A. He was professor Biblical Theology in Sacred Heart College, Poonamallee and a visiting professor in the Department of Christian Studies, University of Madras, Capuchin Theologate, Trichy, Heralds of Good News Theologate, Khammam, St. Peter’s Pontifical College, Bangalore, MMI Theological College, Palanchur, Chennai and Arul Kadal, Jesuit Regional Theologate, Chennai.
He served the diocese of Vellore as member of College of Consulters, member of Priests’ Senate, Secretary to diocesan Bible Commission and Secretary to diocesan Vocation Commission. He was the Vice-Rector at Sacred Heart College, Poonamallee, Rector, St. Francis Xavier Inter-diocesan Seminary, Veppoor and Secretary to the Commission for Bible of the Tamil Nadu Bishops’ Council. Since May 2017 he was the Executive Secretary of the CCBI Bible Commission.

In April 2019 Fr. John Baptist was also elected and appointed as the Coordinator of the CBF South Asia Subregion.

Rev. Dr. Yesu Karunanidhi was born on 29 May 1981, Rajapalayam in Virudhunagar district, Tamilnadu. He was ordained priest for the Archdiocese of Madurai on 19 April 2009. He did his philosophical and theological studies at Jnana Deepa Vidyapeetham, Pune. He holds MBA in business administration and PG Diploma in journalism. 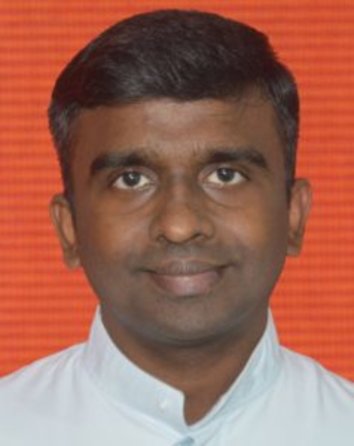