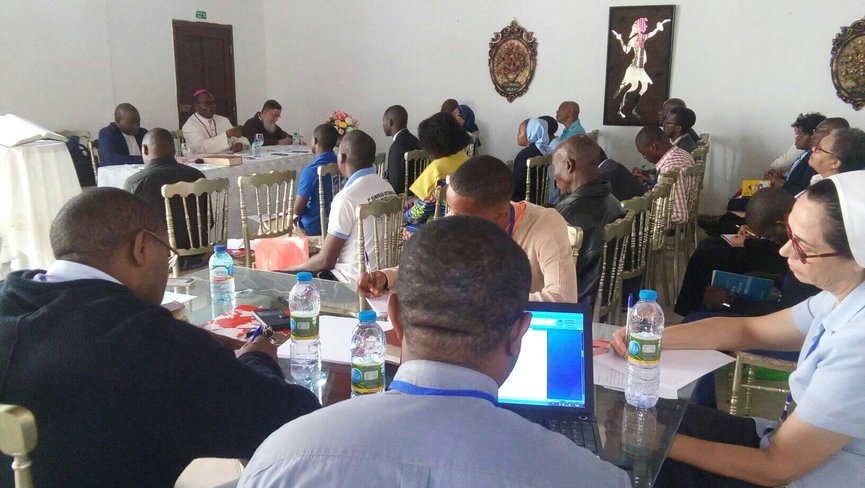 The Episcopal Commission of the Biblical Pastoral of Angola and Sao Tome - CEAST held from July 1st to 5th, 2019, in Luanda, the National Biblical Week, with the theme: “Youth and the celebrated faith”.

This activity, as has been the case for several years, brought together 41 delegates from 12 diocese, among the 20 existing members of the Episcopal Conference of Angola and Sao Tome - CEAST, under the coordination of the chairman, the Archbishop Dionísio Hisilenapo and his National Director Fr. Bonifácio Tchimboto. The Week was divided between conferences, sharing reports of the activities carried out in the Archdioceses or Dioceses in the last year and moments of sharing and prayer. The sessions focused on five themes:

From the National Bible Week, among debates, discussions and plenary sessions, came out several conclusions, recommendations and suggestions. Among the conclusions we highlight: 1. That pastoral ministry should be more comprehensive, not just reducing it in small groups, that we have a Biblical Animation of the whole Pastoral (VD 73), the Bible being the soul of apostolic action; 2. Dance in celebration is not an invention of the African people. It has a biblical foundation that runs through the Scriptures; 3. The implementation of the results of national biblical pastoral meetings in all dioceses, therefore, the Bible is the heart of the Church.

Regarding the recommendations, the following were assumed: 1. As a Church, we were called to live in 2020 the Year of the Word of God, to celebrate the 50th anniversary of the Catholic International Biblical Federation (FEBIC) and the 1600 years of the death of St. Jerome, Bible translator for Latin, known as Vulgate; 2. Pereparation of the Second Biblical Pastoral Symposium - CEAST held in September 2020 (date to be confirmed), in Luanda, preceded by diocesan pre-symposia coordinated by the Secretariat of the National Biblical Commission;

The National Bible Week concluded with some suggestions: 1. Create Bible translation teams for local languages; 2. To prepare and place a biblical animator in each movement, associations, organizations and apostolic groups in the parishes in order to boost the Biblical Pastoral. 3. Implement the collection of the last Sunday of September (St. Jerome's Day), in favor of the Episcopal Biblical Pastoral; 4. In the Year of the Word of God (2020): organize animation teams at various levels (national, diocesan and parish), dedicating one Sunday a month to biblical animation, organizing novenas, sequential reading of the entire Bible.

"As disciples and missionaries, we take up the challenge to celebrate faith by making our lives a continuous liturgy. In God's Word we commit ourselves to the “sequela Christi”, sincere and heartfelt following of Jesus Christ, so that the Bible becomes the whole of the Church's Pastoral Care and the soul, that is, the lung of which all Believers breathe". 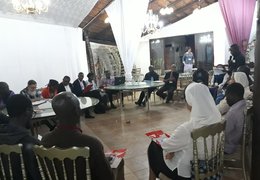 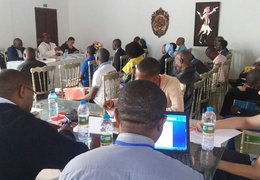 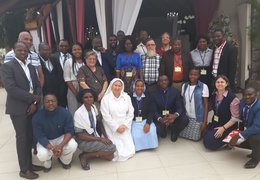 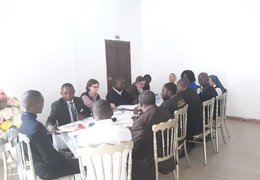 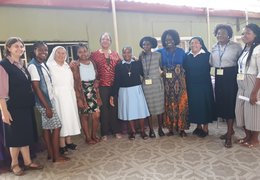