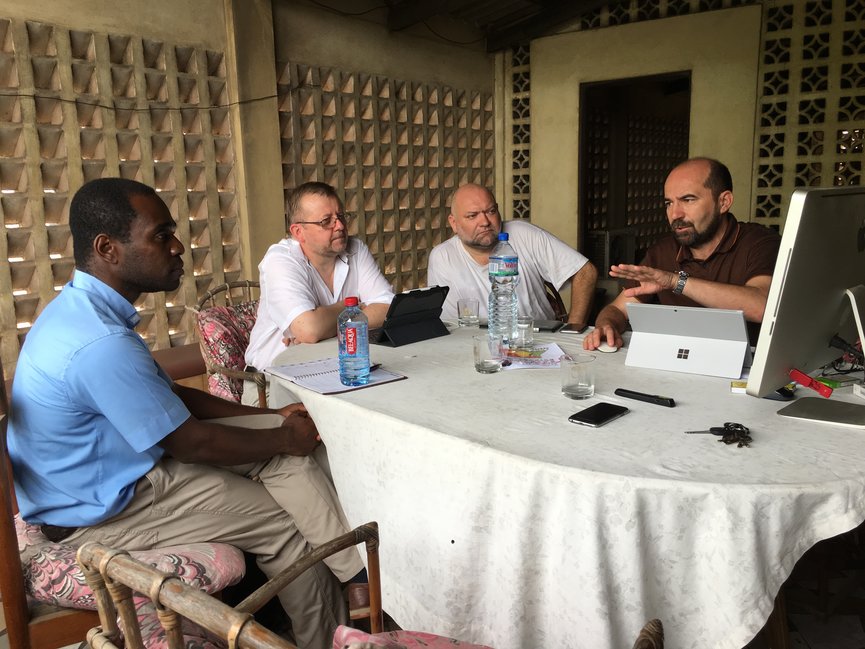 More than a year and a half has passed since a group of five Divine Word Missionaries, inspired by the General Secretary of the Catholic Biblical Federation, have met in Harare, in May 2016, for a meeting that brought LectioYouth.Net into life. The project took off with Advent season of the liturgical year A in 2017. Commemorating this beginning, the Steering Committee of the Project – Frs Jan Stefanow, Wojciech Szypula, Mirek Wolodko, Mjetek Malicki and Krystian Traczyk – traveled to Lome, Togo, for the second program meeting which took place on December 13-17. The purpose of the meeting was to evaluate the first year of the program’s existence and plan for the future. In the pleasant surroundings of the tropical coast and taking full advantage of hospitality of the SVDs in Lomé, a series of meeting took place looking back at the challenging beginning, and attempting to discern the best way forward.

For the initial day, Fr Andrews Obeng SVD joined the meeting from the neighboring Ghana. Fr Andrews is an accomplished spiritual writer who is very active in the social media. The modalities for his valuable contribution to the pastoral section of our texts were discussed and agreed upon. Significant decisions were also taken in the area of expansion of the program into the social media and radio in Ghana. During the day, we were also graced by the presence of the provincial of Togo-Benin province, Fr Seraphin Kpakpayi, SVD, who presided over the daily Eucharist and gave us feedback on the running and the future of the project.

Subsequent days were filled with sharing and consultation on the various practical aspects of our collaboration. We all agreed that the amount of time and effort which goes into the production and preparation of the texts and audio files far exceeds our initial estimates. Having experienced the reality during the first year of the program’s existence we were able to devise ways to make the challenge easier. We also realized that the program reaches an estimated 1000 readers weekly through the website as well as through the social media. Given the wide-ranging scope and the positive feedback from various sources we all decided to continue with our involvement in the project. Furthermore, we discussed the possibilities of expanding it into new languages, namely Chinese and Portuguese. Perhaps the most significant outcome of the meeting was the optimism regarding the prospects for the program’s expansion and intensification of its impact. We left Togo filled with reassurance that the investment of our time and resources into LectioYouth.Net is worth the while, and that what we do makes a meaningful contribution to the mission of making God’s Word known and understood. 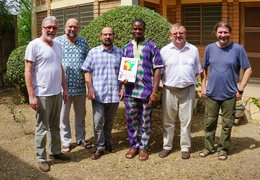 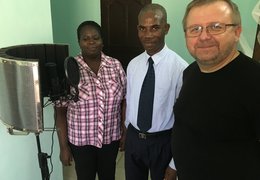 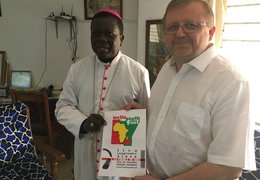