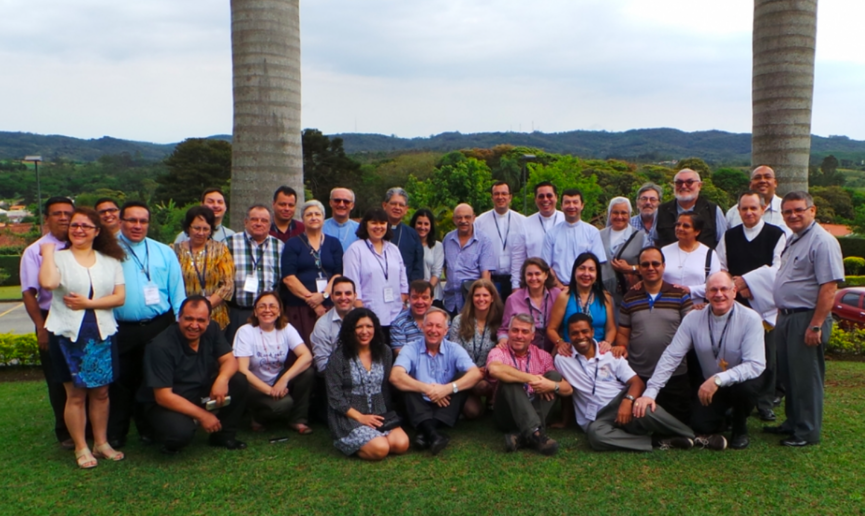 A regional meeting for the Catholic Biblical Federation (CBF) for Southern Cone and Andean countries (FEBIC LAC) took place 1- 4 October 2015 in Sao Paolo (Brazil) for the specific objectives of celebrating the 50th anniversary of the promulgation of Dei Verbum and planning pastoral strategies for South America under the paradigm of the Biblical animation of the Life and Pastoral Activity of the Church (ABP).

43 participants attended the meeting representing 9 of the 10 countries of South America. Also present were CBF General Secretary, Fr. Jan Stefanów, SVD (Germany) and the Director of CEBITEPAL (Biblical, Theological and Pastoral Centre for Latin America and the Caribbean), Fr. Guillermo Acero Alvarín (Colombia). Key representatives of the majority of institutions affiliated to the CBF from Argentina, Brazil, Chile, Colombia, Ecuador, Paraguay, Peru, Uruguay and Venezuela participated and shared their pastoral experiences and their hopes and plans in a fraternal environment of great camaraderie. During the meeting there were several presentations. The first, entitled "50 years of Dei Verbum", was delivered by Fr. Gabriel Antonio Mestre, Vicar General of the Diocese of Mar del Plata (Argentina), who highlighted key issues of the Dogmatic Constitution on Divine Revelation. Secondly, Dom Jacinto Bergamann, Archbishop of Pelotas (Brazil) addressed the "Biblical Sojourn of Brazil", highlighting the continued progress and consolidation of biblical work in the country before, during and, above all, after Vatican II. Father Jan Stefanów referred to the emergence of the Catholic Biblical Federation as one of the fruits of the Council and its goals as ensuring the implementation of Chapter VI of Dei Verbum and as promoter of the paradigm of Biblical Animation of Pastoral Life (ABP). For her part Sr. Eleana Salas, FMA, CBF Subregional Coordinator in recent years gave a detailed report on the life and activities of FEBIC-LAC. The final presentation was made by Fr. Guillermo Acero who addressed CELAM’s 60 years of accompanying the growth of the faith of the people of Latin America and the Caribbean, in its serving the Episcopal Conferences of the continent. Raul Rodriguez Castillo (Spain), Director General of PPC publishers for the Southern Cone, presented the recently published version of the New Testament of the Bible of the Church in the Americas (BIA) which is being distributed throughout the continent as a specially designed tool for Bible work and for lifelong formation of Spanish-speaking pastoral agents. Participating members of the Southern Cone Region - coordinated by Prof. Gerardo García Helder (Argentina) - and those of the Andean Countries Region - coordinated by Fr. Ricardo Guillen (Venezuela) - had time allotted to share experiences and to discuss the challenges faced by the CBF in each country, in each zone and at the regional level. Both groups agreed that the beginning of a new stage requires the revision of the Statutes of FEBIC LAC and the consolidation of its Regional Coordinating Committee. Among the proposals that can be highlighted include the need to implement formation courses; reintroduce the Verbum Dei intensive courses; implement the Masters in ABP for the region; and offer homiletics workshops in response to the expressed request made by Pope Francis to the CBF during its latest Assembly in Nemi (Italy). 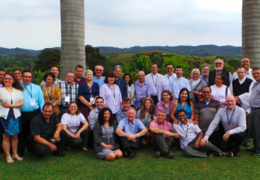 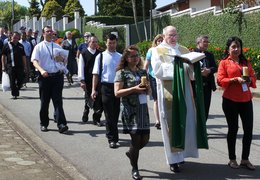 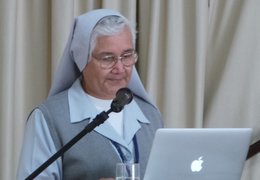 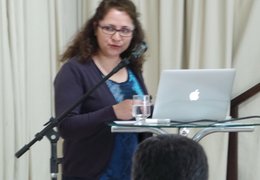 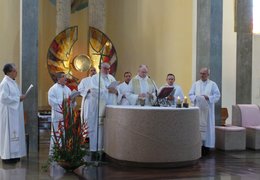 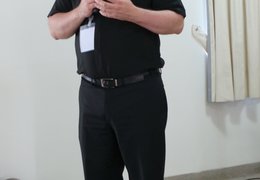 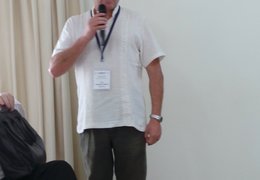 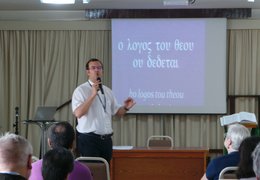 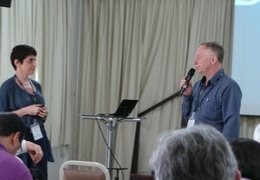