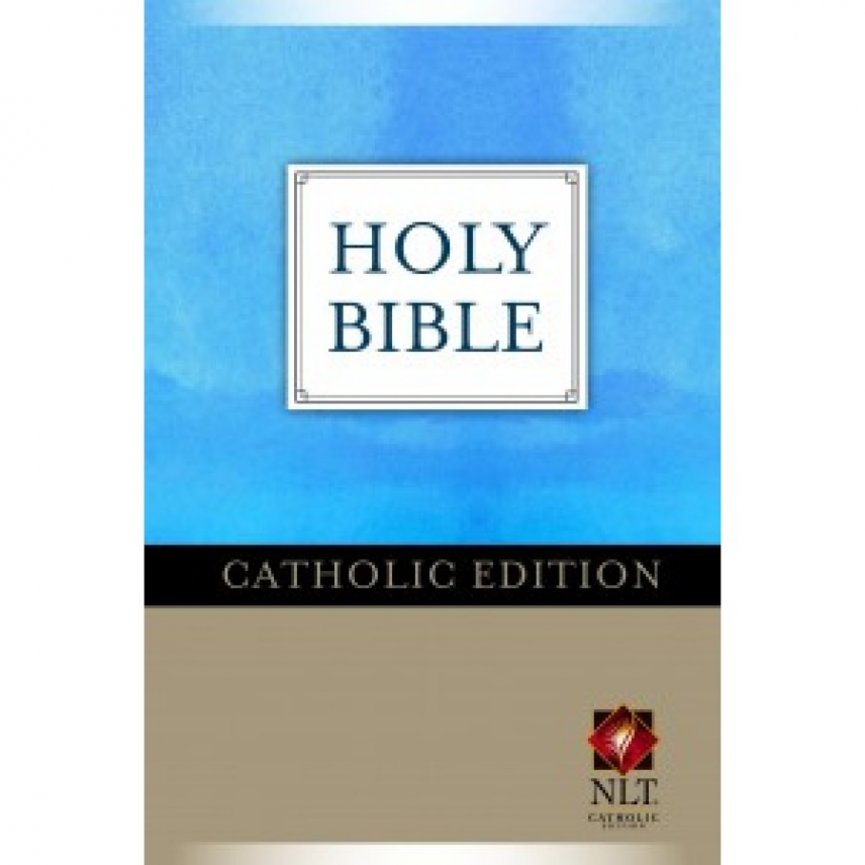 The New Living Translation Catholic Edition was released on March 6, 2016 by His Excellency, Most Rev. Salvatore Pennacchio, Apostolic Nuncio to India and Nepal during the one day Plenary Assembly held at the Paul VI auditorium, Bengaluru. The members of the CCBI Commission for Bible, Tyndale House Publishers, USA, ATC Publishers, Bengaluru and the twelve scholars were also present for this historical event in the history of the CCBI

Background of the New Living Translation Catholic Edition
Over the past three years, every word of the NLT has been carefully reviewed by 12 Catholic scholars here in India. They have worked under the leadership of Rev. Dr. Lucien Legrand, mep and ably supported by Rev. Dr. Assisi Saldanha, cssr and Rev. Dr. Govindu Rayanna, who formed the core committee. The scholars read their assigned book or books in the NLT both to ensure that it is a faithful translation of the original texts, and to ensure that nothing in the text had been translated in a way that was contrary to Catholic teaching. As a result of this review, a relative handful of changes were made in the text of the NLT to improve the precision of the translation in English.

After that careful and thorough review by the team of scholars, the New Living Translation was granted the Nihil Obstat by His Excellency, Gali Bali, Bishop of Guntur, who was the then Chairman of the CCBI Bible Commission. Finally, the NLT was granted the Imprimatur by His Eminence Oswald Cardinal Gracias, Archbishop of Bombay and President of the CCBI.

Importance of the New Living Translation Catholic Edition
It is a momentous occasion releasing the HOLY BIBLE, New Living Translation Catholic Edition (NLTCE) in the presence of the distinguished gathering. The release of NLTCE is historic because it is the first English Bible to be given an imprimatur by the CCBI in India. The effort is the result of collaboration between Catholic scholarship in India and the world’s leading Christian Publishers, Tyndale Publishing House, USA. It has been an ecumenical effort that spanned nearly three years. NLT is a “missionary translation” intended to present the biblical message in a language accessible even to non-Christians. The translation is both lucid yet solid in its presentation of the message.

The Holy Bible NLT combines the latest biblical scholarship with a clear, dynamic writing style – communicates God’s word powerfully to all who read it.  Following the principle of dynamic equivalence, it provides a refreshingly fluid reading of the Scriptures, which may be missing in more literal translations. It presents the biblical message in a language accessible even to non-Christians, as suggested by the Dogmatic Constitution on Divine Revelation, 25.

This Catholic Edition of the Holy Bible NLT will be of great help for personal reading, study, and prayer. With its flowing text and useful marginal references, it will also provide a useful tool for Lectio Divina sharing and other prayer groups.

A Word of appreciation
Fr. Rayanna Govindu, executive Secretary of the CCBI Commission for Bible and the Member of the Core Committee thanked all the Office Bearers of the CCBI, the 12 scholars, Tyndale House Publishers, USA, ATC Publishers and Brilliant Printers, Bengaluru for their cooperation and collaboration. He extended his deep sentiments of gratitude to His Eminence, Oswald Cardinal Gracias for graciously granting the Imprimatur and for his timely advice and wholehearted support.

While thanking His Eminence, Archbishops, Bishops, Administrators fathers, dear brothers and sisters present for all that they have been to CCBI Commission for Bible, Tyndale House publishers, USA, and ATC Publications, Bengaluru, Fr. Rayanna earnestly requested them to promote NLTCE, and other books released such as, Liturgy and Life, The Lector and Lectio Divina.

The historic and joyful moment of the launch of the NLTCE came to a close with the words of the Holy Father, Pope Francis-Bible Advocate: “I would very much like all Christians to be able to learn ‘the sublime science of Jesus Christ’ through frequent reading of the word of God, as the sacred text offers nourishment for the soul and is the pure and perennial source of the spiritual life of us all. We must make every effort so that each believer may read God’s word, because as Saint Jerome says, ‘ignorance of Scripture is ignorance of Christ.’” (Audience with United Bible Societies, September 29, 2014)

May the Word who became flesh bless us, nourish us, form us, guide us and fill us with his words of eternal life!