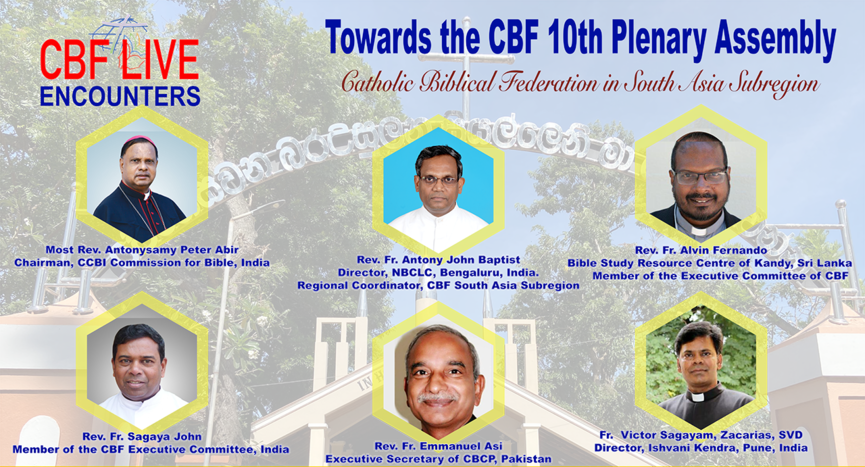 On the way towards the CBF Plenary Assembly we've presented the reality and future perspectives of the South Asia Subregion in the interventions of some representatives of the institutions that compose it.

The Encounter took place on June 18th, 2021 and was hosted by the General Secretariat of the Catholic Biblical Federation in cooperation with the Friends of the CBF. 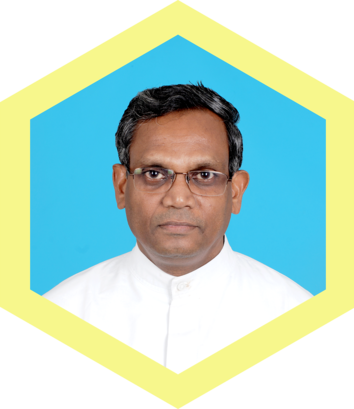 Rev. Dr. A. John Baptist, formerly Executive Secretary of the CCBI (Conference of Catholic Bishops of India) Commission for Bible (Bengaluru, India) is a catholic priest of the Diocese of Vellore, Tamilnadu, India.  He has masters in History, Education and Sacred Scripture and holds Doctorate in Biblical Theology from the Department of Christian Studies, Madras University, India.  He earned Licentiate at Pontifical Biblical Institute, Rome.  He has served as the professor of Sacred Scripture at Sacred Heart College, Chennai and Vice Rector of same College.  He was also General Secretary of the TNBC (Tamilnadu Bishops’ Council) Commission for Bible.  He teaches as Guest Faculty at various theological colleges. He is a member of the Editorial Board of the international theological journal “Concilium”.  He has published books and articles in Tamil and English. Now he serves as the Director of NBCLC (National Biblical Catechetical and Liturgical Center), Bangalore. 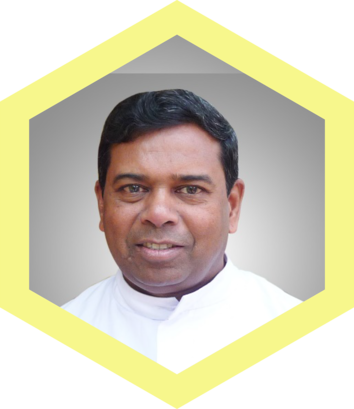 Member of the CBF Executive Committee
Previous Director of National Biblical Catechetical and Liturgical Centre (NBCLC) served for the Six and a half years. 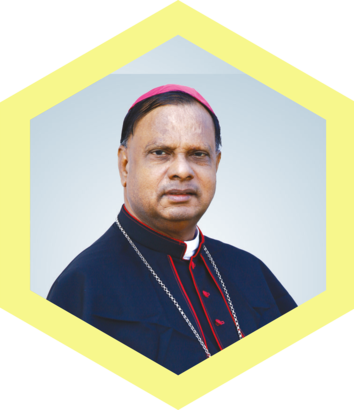 Bishop Antonysamy Peter Abir was born on 07 April 1952, in Sathipattu, Archdiocese of Pondicherry and Cuddalore, India. He was ordained a priest on 1st May 1979 for the Archdiocese of Pondicherry and Cuddalore.  He obtained a Master’s degree in Biblical Theology at St. Peter’s Pontifical Institute, Bangalore; licentiate in Sacred Scripture at the Biblicum, Rome and obtained the Doctorate in Sacred Scripture from the Pontifical Gregorian University (1993 -1995). He was Coordinator for South Asia of the Catholic Biblical Federation (2002-2008). Published several books and articles on Sacred Scripture.  Teaches in various theological colleges and conducts series of Bible classes in the TV channel.
Presently he is bishop of Sultanpet & Apostolic Administrator, Archdiocese of Pondicherry-Cuddalore and Chairman, CCBI Commission for Bible. 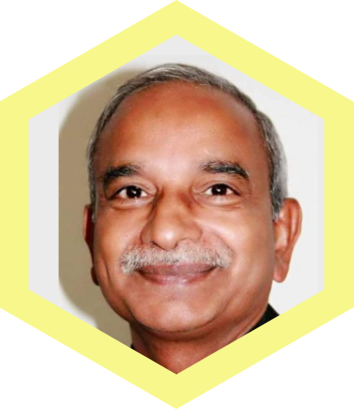 Since the establishment of Catholic Bible Commission Pakistan (CBCP) in 2002 he has been serving as Executive Secretary of CBCP. 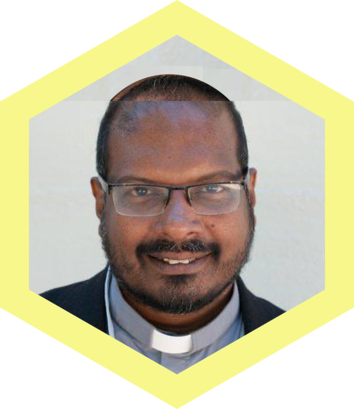 A priest for the Diocese of Kandy, Sri Lanka, ordained in 1997. He holds a Licentiate in Sacred Scriptures from the Biblicum, Rome besides BPh (Rome) and Higher Diploma in English (Sri Lanka).
At present Member of the Executive Committee of CBF, Professor of Scriptures at the National Major Seminary of Sri Lanka (Ampitiya), Protestant Theologate (Pilimathalawa), Sister Formation at Aquinas College (Colombo), Guest Professor at Jaffna and Kelaniya Universities and Parish Priest of St. Mary's, Ampitiya.
Conducts various biblical conferences and seminars and is a retreat preacher. 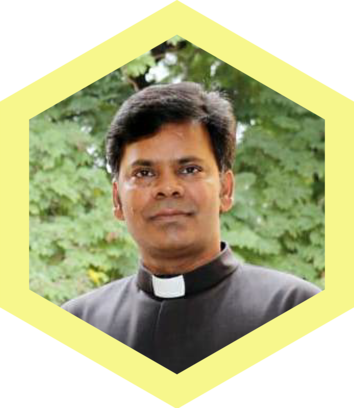 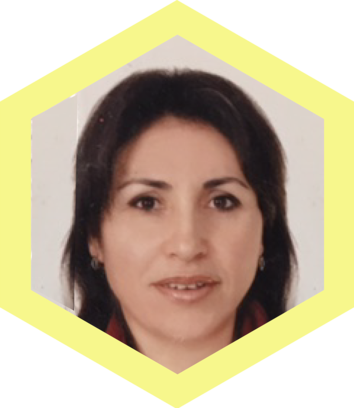