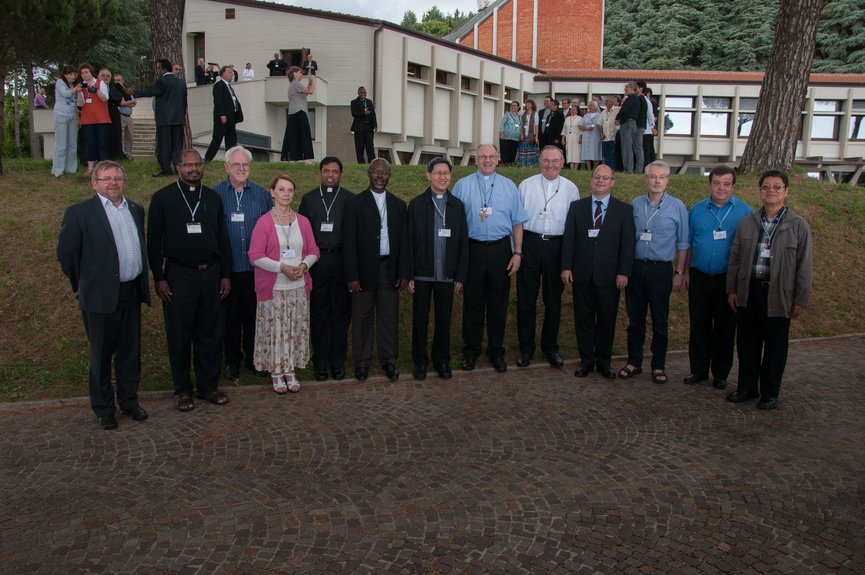 The Catholic Biblical Federation (CBF), at its ninth plenary assembly in Nemi (Italy) on Sunday June 21, 2015, elected a new Executive Committee for the period 2015–21.

The plenary assembly, comprising representatives of 59 Full Members and of 58 Associate Members, and received progress reports of its member organizations from across the globe. The reports’ principal focus was the current state of the biblical pastoral apostolate in various regions, many of which are overshadowed by the violence of war and real threats of persecution for people of faith. On Monday, June 22, it will agree action plans for its 7 constituent regions.

The Plenary Assembly also marked the 50th anniversary of the promulgation of Dei Verbum, the dogmatic constitution of Vatican II in 1965, both liturgically and in lectures by Prof. Núria Calduch-Benages (Rome), Prof. Maricel Mena López (Bogotá) and by Cardinal Luis Antionio Tagle (President of the CBF). Cardinal in which he renewed the of call of Dei Verbum that “the Word of God become more fully the soul of theology and the inspiration of the whole of Christian living” (see Tertio Millennio Adveniente §36)