the Year of the Bible 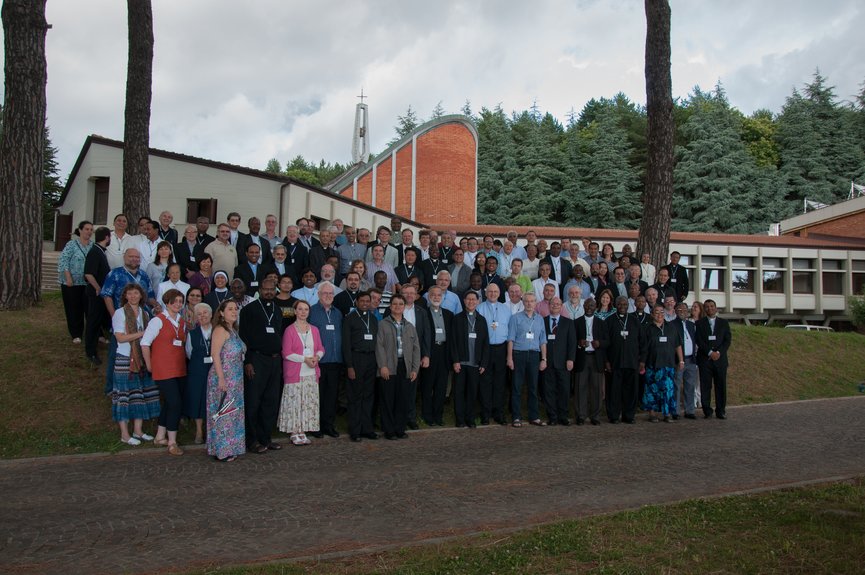 April 16, 2019 will mark the 50th anniversary of the memorable audience of Pope Paul VI in which the creation of the Catholic Biblical Federation was announced.

A year later, on September 30, 2020, we will celebrate the 1600th anniversary of the death of St. Jerome, illustrious connoisseur of Sacred Scripture and its first translator into Latin, the common language of that period, in order to bring the Word of God closer and make it more comprehensible to Christians.

These two events have motivated the Executive Committee of the Catholic Biblical Federation to request Pope Francis to proclaim in our Catholic Church the Year of the Bible from the first Sunday of Advent in 2019 to the Feast of St. Jerome on 30 September, of the year 2020. This request was officially presented to the Pope in a letter signed by the President of the Catholic Biblical Federation, Cardinal Luis Antonio Tagle, on December 3, 2016.

In the period leading up to these events and throughout the process of their preparation we will be accompanied by a logo specially designed for this occasion.

Here attached is the anniversary logo and a copy of the petition presented to Pope Francis for the Year of the Bible to be proclaimed. 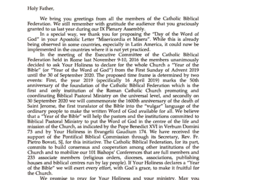