What is Man? A Journey through Biblical Anthropology 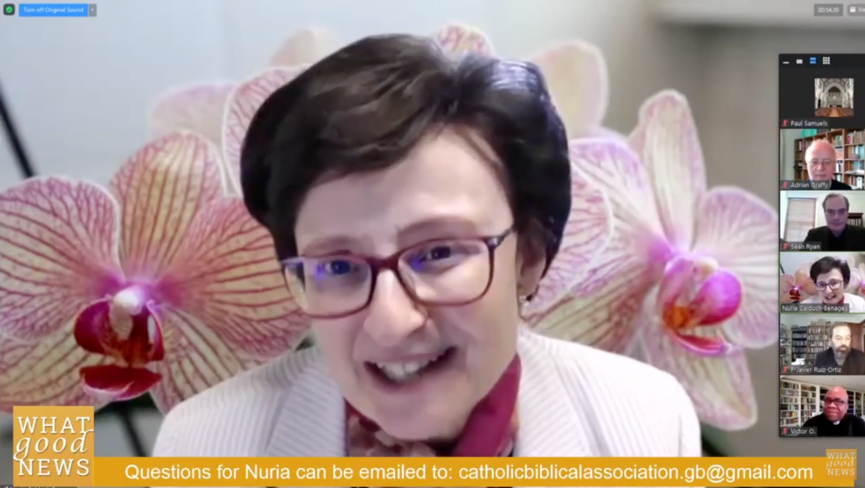 What is Man? A Journey through Biblical Anthropology

On 20th March 2021 the Catholic Biblical Association of Great Britain hosted the launch of the English translation of the new document of the Pontifical Biblical Commission, What is Man? A Journey Through Biblical Anthropology. The speaker was Professor Nuria Calduch-Benages, professor of Old Testament at the Pontifical Gregorian University in Rome, and newly appointed secretary of the Commission.

People tuned in to the live stream from as far afield as Indonesia, Australia and Paraguay. Dr Sean Ryan, chair of the CBA, introduced members of the Executive Committee who also took part. Prof Nuria gave a short history of the Commission since its foundation in 1902. She went on to present the four chapters of the document. Using Genesis 2-3 as the starting text the document explores a huge number of themes, tracing each one through its occurrence in the Old and New Testaments. Nuria took just one of these themes, the presentation of the love between man and woman in the Song of Songs, to illustrate the richness of the document. The document is available from Darton, Longman and Todd in London.